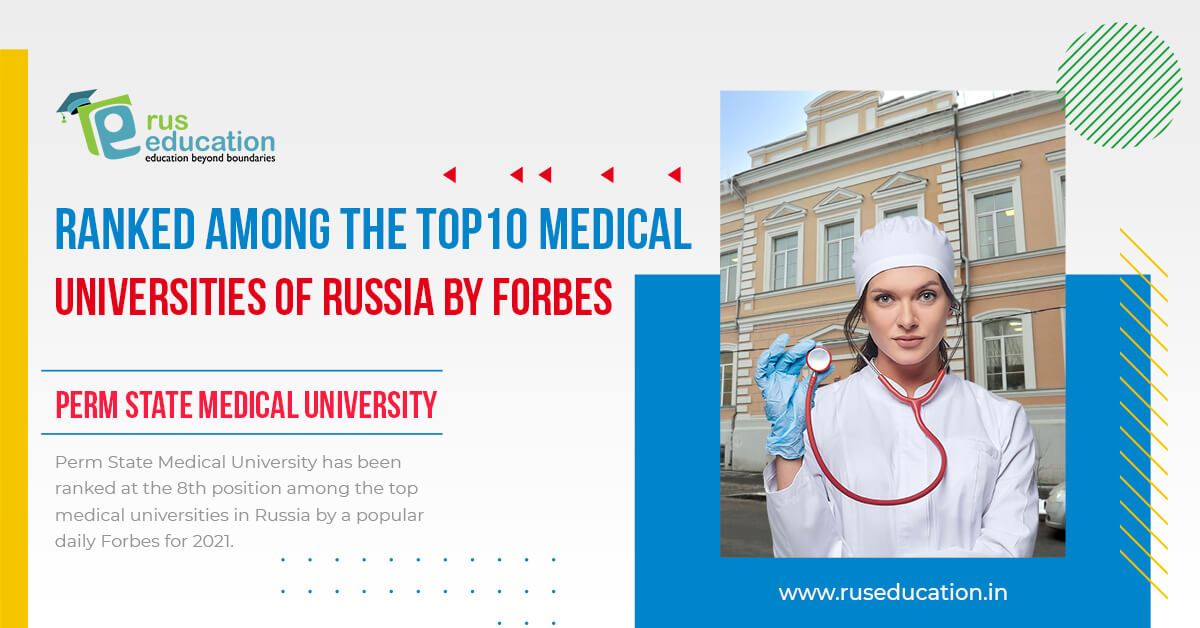 MBBS in Russia has been a leading choice among the young students of not only in India but also from several Asian, African, Latin American, and European countries as well. This thus makes Russia a popular choice internationally.

Every year Forbes Education, the Russian branch, has ranked the top 100 best universities in the country by assessing them on various parameters like demand for employers, networking, quality of education, and international recognitions. For this, the responsible jury interacted with the top employers of the country to know about their preferences at the time of hiring analyzed the average level of the USE of students, the popularity of the university among the children of the elite, the share of graduates along with the quality of education at the university on the basis of monitoring data from the Ministry of Science and Higher Education of the Russian Federation and overall global performance of the university outside Russia, various other areas to formulate the score point in order to rank the universities.