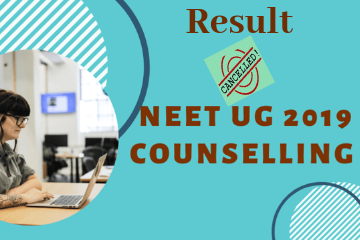 The officials have not yet declared the exact time of the release of the new list; neither is anyone commenting on the reason behind the withheld of the first-round result. As per the reports, it is believed that the result declared was erroneous, although there is no such official confirmation on the nature of the error.

NEET-UG 2019 was conducted by the National Testing Agency (NTA) on May 5, 2019, but the seat allotment procedure continues to be under the Medical Counseling Committee.

Golden Opportunity for all the medical aspirants who have qualified NEET-UG 2019 but are still in dilemma whether they will be able to secure a seat in Government Medical colleges of India can now turn their dream of becoming a qualified Doctor into a reality by seeking admission in the top government medical universities of Russia in just 15 Lacs**!

Apply now as the top government medical universities of Russia are open for the 2019 academic session.