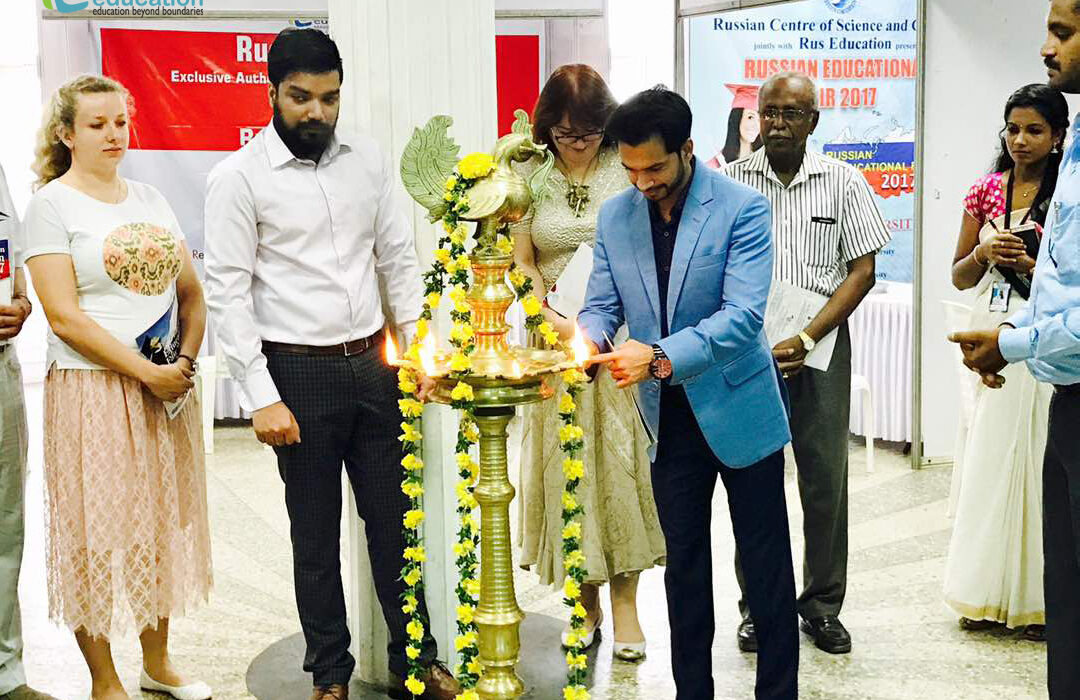 Rus Education in association with Russian Center for Science & Culture presents the Russian Education Fair 2017, which is a series of 4 Education Fairs to be organized in 4 different states which are strategically selected to be accessible for all students across the country.

The First Educational fair in this series was organized on 15th May 2017 at the Russian Centre of Science & Culture in Trivandrum (Kerala). Dr. Dinesh Singla- President Indian Students Association in Russia, Ms. Elena Barman- Head- Education Department, Culture Department of Embassy of Russian Federation in India became a part of this event with Mr. Syed Rigan- Director, Rus Education. They all focused on student interaction to guide them about medical studies and understand their expectations and requirements to be taken care of during the whole tenure of their medical studies in Russia.

12. Moscow Institute of Physics and Technology

It was a platform to gather most of the prominent Russian Universities which are ranked there among top medical and engineering universities. We are happy to say that the excitement and enthusiasm of medical aspirants and their parents were quite visible here as they all gathered here in a large no to get their queries resolved regarding the following points-

2. Demand of Medical Professionals in India Who have International Exposure.

4. Placement Opportunities in India and Abroad.

Russian Education Fair opened up a golden opportunity for aspiring Indian students seeking admission to higher education in Russia, which is considered high quality and widely recognized and at the same time comparably less expensive. The successful conduct of the annual Education Fair with the active participation of Russian educational experts in India has met with a tremendous response in the past in attracting a substantial number of Indian students, which is growing from year to year, to higher educational courses, particularly medicine, engineering, aviation, computer science, etc., in leading Russian universities.

The cost of higher education in Russia is relatively cheaper as compared to that in India because it is highly subsidized by the Government of the Russian Federation. Scholarship seats, including free tuition and accommodation, are also provided to the eligible candidates. There are about 12000 Indian students currently studying at various faculties of arts, science, engineering, and medical institutions in Russia. In the past three years, the number of Indian students going to Russia has increased considerably. There are no pre-qualifying exams like CET, IELTS, etc., for admissions to universities in Russia. Students should a minimum of 50 percent marks in the relevant core subjects/degrees. In the case of SC/ST and OBC students, it is 40 percent. Each academic year comprises two semesters, excluding annual holidays during July and August each year.