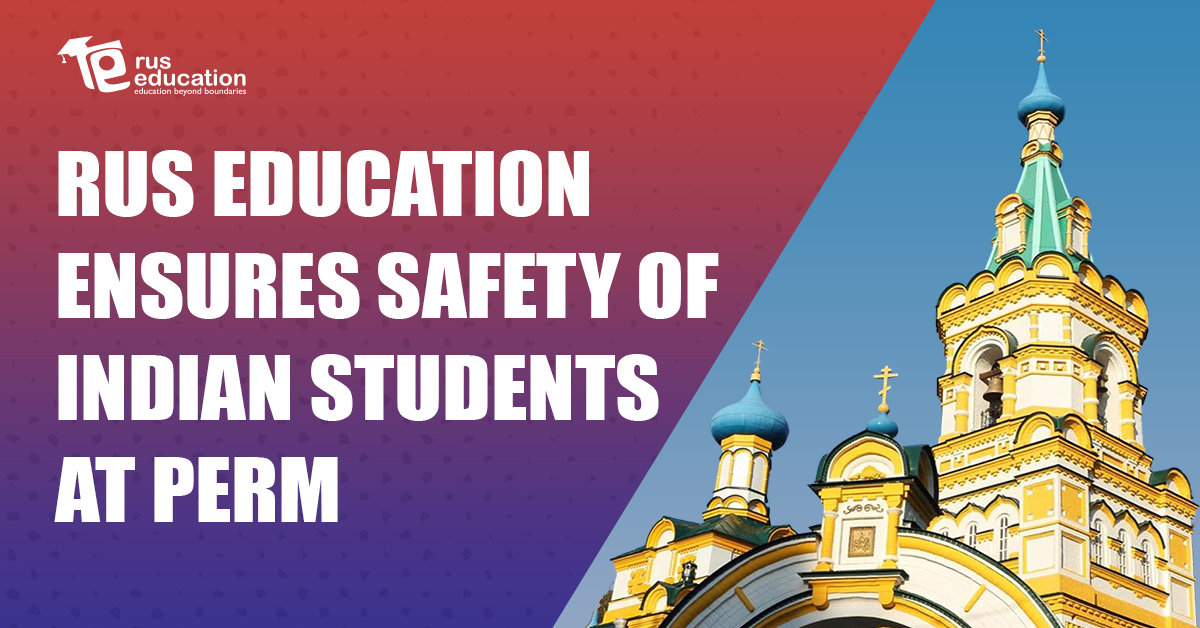 Almost 1300 students had to be evacuated from the Perm State Medical University during the shooting at the neighboring university. We have now escorted the students back to their respective hostels, where safety measures have been enhanced.

In the early afternoon of 20th September 2021, an unidentified gunman who is now thought to be a Perm State University student opened fire indiscriminately in the entrance hall. There have been 8 reported fatalities so far.

It is to be duly noted that the incident took place at the neighboring university and not at the Perm State Medical University. However, for precautions, the students of PSMU were safely and quickly evacuated as soon as the incident came to light.

Rus Education has helped settle more than 1300 Indian students into their hostels at Perm State Medical University, one of Russia’s top medical schools. Students are continuously assisted by a representative of the Indian Student community at the university. Aside from that, the team of Rus Education communicates constantly with the students, the parents, the university’s administration, and the Embassy of both countries, so that all the appropriate measures and precautions are taken.