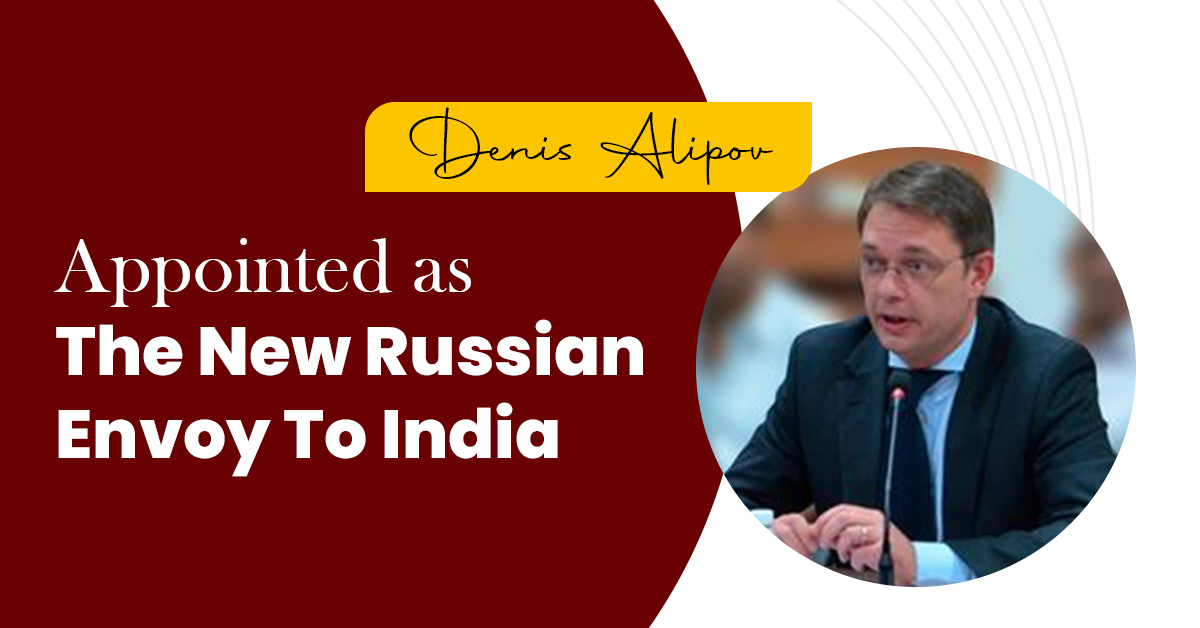 H.E. Nikolay Kudashev, who was the Russian envoy to India since October 2017, has been shifted as an Ambassador to Singapore.

The Russian Federation has appointed Denis Alipov as its new ambassador to India. He was the Deputy Chief of Mission (DCM) at the Russian Embassy in Delhi in the period when Alexander Kadakin served as Ambassador and the Acting Director of the Second Asia Department in the Russian Foreign Ministry until recently.

Known for his dedication to strengthening the friendship between peoples of our two nations, Late Alexander Kadakin was a legendary diplomat of the Soviet Union and Russia.

As of today, the special and privileged strategic partnership, which took shape under Kadakin, is consistently deepening to adjust to new realities and remains a priority in Russia’s foreign policy.

We wish good luck and farewell to H.E. Nikolay Kudashev for his future and thank him for his years of service in India. We also welcome, Mr. Denis Alipov as a new Russian envoy to the Republic of India.