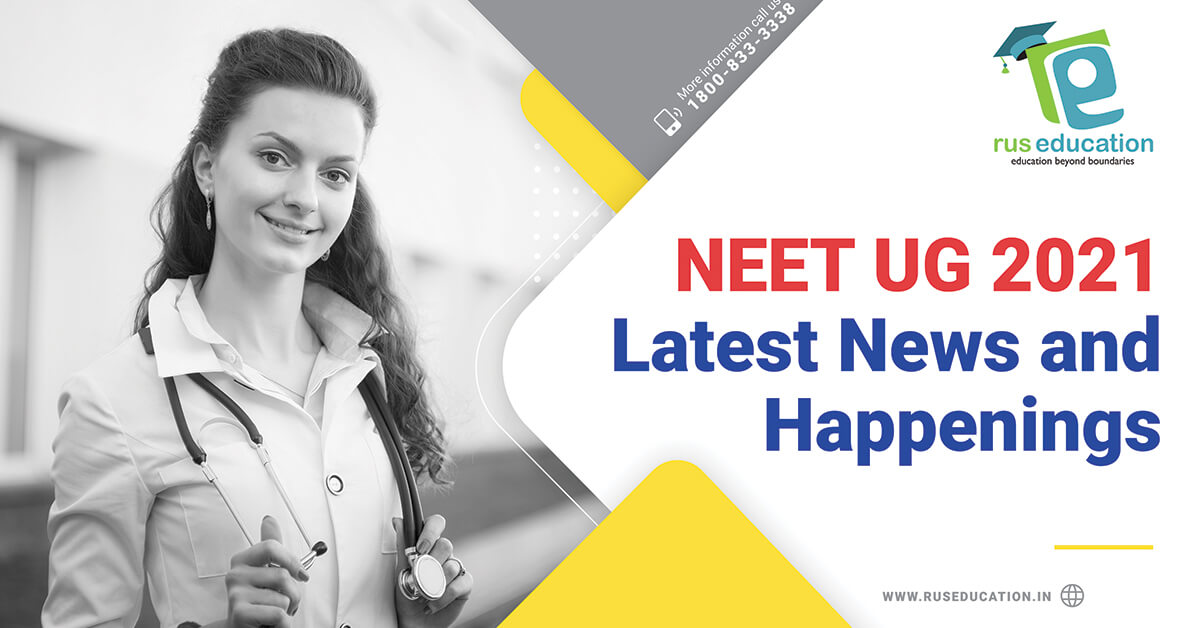 As the dates of the NEET UG 2021 have been approaching fast, there is a lot of hustle-bustle not only among the students but also among the decision makers. Yesterday, unexpectedly NTA released the admit card for the NEET UG Exam scheduled for September 12, before the expected date following the Supreme Court decision to not to postpone the exam any further.

The latest reports comes from the High Court of Telangana, which has directed the NTA to allow one time-exemption to the overseas students, and those who would be appearing for the exam in the newly appointed exam cities (Dubai and Kuwait). However, the final NTA has yet to make any announcement about it.

Another news that is making highlights, is that the Tamil Nadu state government is planning to scrap the NEET exam mandatory for admission in the various medical courses like MBBS. This would allow admissions to medical colleges based on marks instead of NEET score. As stated in the Health Minister’s Policy note (2021-22) tabled in the Assembly, the initiative would ensure social justice and protect vulnerable student bodies from discrimination against medical education. “The Committee of Secretaries has suggested promulgating an Act, similar to TN Act No 3/2007, indicating the need for elimination of NEET in medical education and getting the President’s assent for the same,” the note said, adding it would ensure social justice.

Another major decision made by the Supreme Court regarding the NEET UG 2021. In response to a bunch of pleas at the Supreme Court, the NTA said that the non-declaration of the results of the CBSE Private, Compartment, and Patrachar exams for Class 12 will not prevent the students from appearing in the NEET-UG exam.

As the day for the final exam is approaching fast, the High courts and Supreme Court are continuously making decisions so that no student misses this opportunity to follow their dream. With frequent updates and decisions, the students are advised to stay updated with all the current happenings and proceed for the exam with a heads-up.

NEET UG Answer Key To Be Released on October 11?