NEET 2021 Update| Counselling To Be Held in 4 Rounds 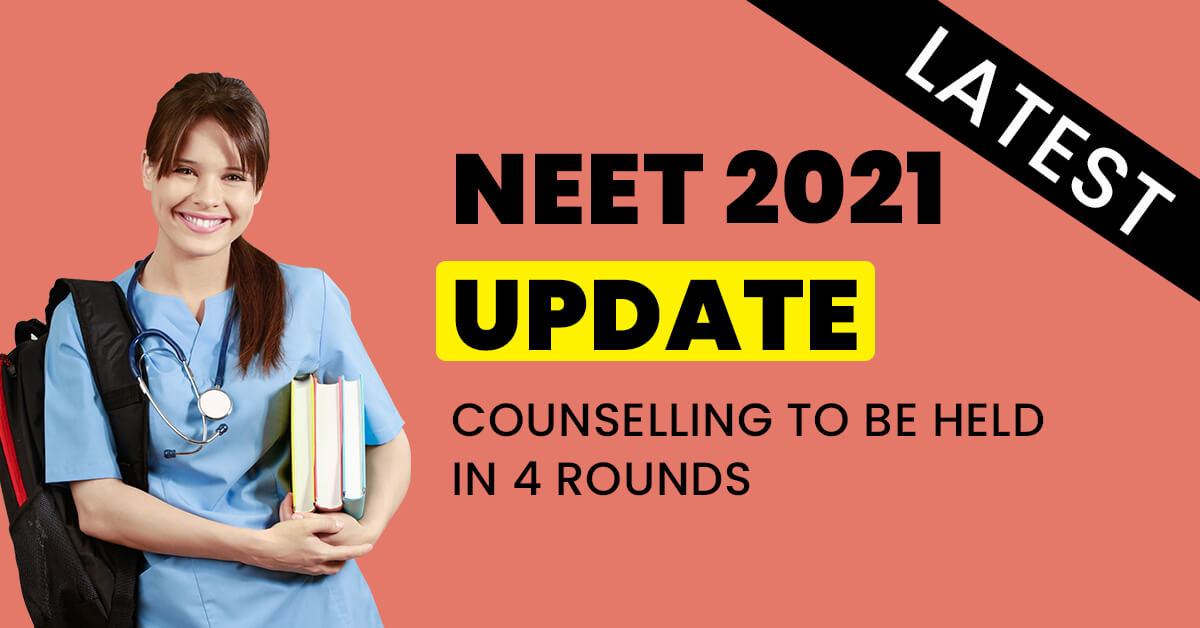 MCC has announced that NEET UG and PG counselling for All India Quota (AIQ) medical seats will begin in 2021 in four rounds. A total of 50 percent of postgraduate seats and 15 percent of undergraduate seats that are part of the central pool will be affected by this policy. In a recent ruling, the Supreme Court of India approved the new counseling scheme of the MCC. There will be four rounds of MCC NEET Counseling 2021 – AIQ round 1, AIQ round 2, AIQ mop-up round, and AIQ stray vacancy round.

Prior to this, MCC conducted NEET counseling in two rounds followed by mop up rounds only for deemed and central universities. As a result of the ruling, the following changes have been made to the NEET counselling process:

“This is for information to all the participating states, union territories (UTs), participating universities, institutes, colleges and the participating candidates of NEET UG, PG that, MCC will be conducting online 4 rounds of All India Quota Counselling (AIQ Round 1, AIQ Round 2, AIQ Mop-Up Round and AIQ Stray Vacancy Round) from the academic year 2021-22 onwards in compliance of the order dated December 16, 2021 in special leave to appeal before the Supreme Court of India,” the MCC has stated in a notification on its official websitehttps://docs.google.com/viewer?url=https://www.ruseducation.in/neet-2021-counselling-to-be-held-in-4-rounds.pdf&embedded=true

The decision came after two Kerala NEET aspirants filed a petition with the Supreme Court advocating that MCC should define AIQ for medical admission as its own pool to be filled up by only candidates on the basis of the all-India rank list or, alternately, conduct mop-up rounds to fill up the seats.” The petitioners claim they were denied admission to MBBS through the NEET 2020 examination even though they ranked 15979 and 17131 with a NEET score of 609 and 606 respectively out of 720.

According to the petitioners, 1,730 seats were sent back to the State Quota after Round 2 was concluded and filled by students with lesser marks. Due to delayed 85% state quota counselling, students do not join the second round of AIQ counselling and instead apply for the remaining AIQ seats, the petitioners argued.