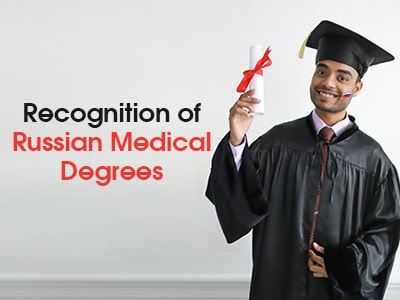 Russia is a country located in Eastern Europe and its territory stretches across Northern Asia. It is known as the world’s largest country.

Russia incorporates a great range of environments and land-forms. It accumulates the range of climate differences from extreme hot to extreme cold. Thus, throughout Russia, there are only two distinct seasons – Summer and Winter. As the Spring and Autumn season appear for a brief period of climate change between the winter and summer seasons.

Russia was once the preeminent republic of the Union of Soviet Socialist Republics (U.S.S.R/ Soviet Union). In December 1991, Russia became an independent country.

Russia is known for its quality of higher education. Most of the citizens of Russia are literate and hold a University degree. In Russian universities, the students get a comfortable education. The university also helps the students adapt to the country and its lifestyle.

Education in Russia is comparatively affordable than in any other country in the world. This attracts most of the International students to pursue their higher studies from Russia. Russian universities accept students from nearly 170 countries in the world. Through their education and experience, more and more students move to Russia for higher studies.

The Russian Medical Universities offer complete medical courses to their students. All medical students at the universities get mandatory training and experience in medical specialties.

Russia set up its first medical college in the 17th century. Currently, there are about 87 universities in Russia offering medical education programs to locals as well as international students.

More than 15 medical universities in Russia approved by the Medical Council of India offer MBBS in English medium.

Since their very first year, the students are involved in basic clinical training. However, they are only completely involved in clinical practices when they reach their final year. The subjects for the last three years of the medical courses in Russia include internal medicine, surgery, obstetrics and gynecology, public health, and prevention.

Russian medical universities are fully equipped with modern technologies and infrastructures. Students at the universities can access modern laboratories and other science centers.

Qualifying MBBS from Russia makes it easier for students to get a job anywhere around the world.

Many of the medical universities in Russia are recognized by the Ministry of Science and Higher Education of Russia.

To be able to give that freedom to practice medicine anywhere around the world, about 87 of the Russian medical universities are enlisted with the World Directory of Medical Schools (WDOMS).

These universities are also registered with the Foundation for Advancement of International Medical Education and Research (FAIMER).

Here is a brief description of the Medical University recognition in Russia.

MCI is also known as the Foreign Medical Graduate Examination (FMGE). It is a licensure examination conducted by the National Board of Examination (NBE).

Being approved by the Medical Council of India, students who pursue medicine from Russia get a degree that is valuable and valid in India. However, it is mandatory for the students who graduate from Russian Medical Universities to appear for the MCI Screening Test/ FMGE Exam. FMGE is a compulsory examination for the MBBS graduates to get a provisional or permanent registration with recognized medical qualifications from the MCI.

MCI Screening Test is conducted to analyze the student’s knowledge and capability to practice what they have studied during their MBBS program.

The Medical Council of Canada is an organization founded by the Canada Medical Act in 1912. It was founded to evaluate the medical student’s capability to practice medicine through examinations.

This examination is to grant the qualification called the Licentiate of the Medical Council of Canada (LMCC). Qualifying in this exam enables medical graduates to practice medicine in Canada.

Ministry of Science and Higher Education of Russia

The Ministry of Science and Higher Education of Russia is a ministry that was established in May 2018. The Ministry is responsible for the state control of Science institutions and Universal-level education in Russia.

Therefore, the Russian Academy of Science, Medical institutes, etc., are now under the jurisdiction of the Ministry of Science and Higher Education.

MBBS in Russia at the Top medical universities in Russia is recognized by the Ministry of Science and Higher Education of Russia.

The World Directory of Medical Schools plays an important role in the education and training of medical doctors.

The main objective of the WDOMS is to meet the development of the standard in medical education around the world. Through the promotions and accreditation of the medical universities, many of the Russian medical universities are enlisted with the World Directory of Medical Schools.

Foundation for Advancement of International Medical Education and Research (FAIMER)

The top medical universities in Russia are recognized globally. Thus, to practice medicine in any country of the world, the medical graduate students must clear the Medical Licensing Examinations.

Students who graduate from Russian Medical universities can appear for any country-specific licensing examination.

The three-step of USMLE consists of:

The qualifying exam is called the Medical Council of Canada Qualifying Examination.

Qualifying the MCI Screening Test/ FMGE exam enables a graduate to work anywhere in India. This Exam is to help the students to attain the Provisional/Permanent registration certificate from the MCI.

Mentioned above are the few Licensing Examinations that a Russian medical graduate can appear to practice in a specific country.