“The woman who follows the crowd will usually go no further than the crowd. The woman who walks alone is likely to find herself in places no one has ever been before.”
– Eda LeShan

Women, all throughout the history of the world have been deprived of opportunities and choices in every possible aspect. Politically, socially, physically and emotionally undermined, they are commonly referred to as the ‘second gender”. Having been through the hardships under the regime of patriarchy, the women of today have come way forward by ridiculing the constraints imposed on them by the male dominated society and have managed to contribute toward a more advanced, brave and equal future for all.

Education is one such area for which women of every caste, creed, religion, and nationality had to fight. In earlier times, most societies rarely facilitated their girls with the right to education, some of them though advocated the basic education or education about the homely arts and crafts. After a lot of struggles women had gained the right to higher education such as that of medicine. Still, their respective contributions have somehow managed to get lost in the pages of history.

But women weren’t always welcome in the medical profession. Back in 1960, women made up only 7% of admitted medical students, and before the mid-19th century medical schools banned women completely. For example, when a group of female medical students tried to take an exam at the University of Edinburgh in 1870, their male classmates rioted.

The first female doctors built upon a long legacy of woman healers, including midwives like Jane Sharp, who published a book in the 17th century, and Anna Maria Luisa de’ Medici, who was excluded from formal education but served as an important patron of medicine and a collector of therapeutic recipes.

So, this International Women’s Day, let’s recall the achievements of some of the magnificent women whose contributions, even though, are gratified by today’s scholars but their stories lost in time. While trained as a doctor prior to the Civil War, Mary Edwards Walker fought hard to be appointed an army surgeon during the war. Initially, the Union Army only let Walker serve as a nurse but after much persistence by her she was eventually approved to work as a surgeon in Ohio.

In the course of her work, Walker had crossed the enemy lines. She was imprisoned on suspicion of spying by Confederate soldiers after they caught her treating Southerners. In the years following the war, Walker’s courage and commitment to military medicine earned her the Medal of Honor – to this day, she is the only woman to receive this coveted award. 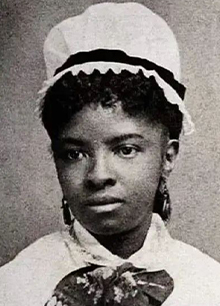 In 1864, Rebecca Lee Crumpler became the first Black woman to earn a medical degree in the United States. Having established a practice in Boston, Crumpler moved to Virginia to treat formerly enslaved patients. In the early years following her emancipation, Crumpler made significant contributions to society as a doctor of an impoverished community.

She published “A Book of Medical Discourses” in 1883 to share her medical knowledge. The book was one of the first to be written by a woman doctor. She discusses her experiences treating women and children in the book. At Columbia University’s medical school, Virginia Apgar was one of nine females in a class of 90. Although she was a surgeon and anesthesiologist, her greatest impact was in the area of neonatal health. Apgar developed a test to assess newborns’ health, scoring them on their heart rates, movements, color, respiration, and irritability minutes after birth.

The “Apgar score” had become a standard in labor and delivery, helping determine whether a newborn requires medical attention. Many hospitals around the world use Apgar scores even today, decades after her death. 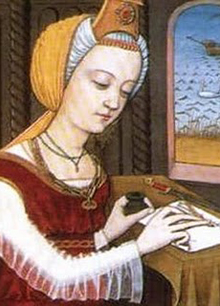 Many consider Trota of Salerno, also known as Trotula, to be the first physician to specialize in gynecology. One of her most important works was published in the 11th century.

Before university-based medical education came along, women could become doctors in centers like Salerno, an Italian town south of Naples. It was here that women gained expertise in medicine, strengthening their careers by mixing medical texts and records by Byzantines, Islamic scholars, and Latin writers, and Trota synthesized that knowledge in a book about women’s health that was translated into more than a dozen languages.

Her book on women’s ailments dictated medical treatments until well into the 16th century. For women too embarrassed to discuss their problems with male physicians, Trota shared treatments to manage infertility, problems with menstruation, and conditions related to childbirth. Tragic events struck Anandi Gopal Joshi at a very young age. When she was just 14, she gave birth to her first child and who died shortly afterwards. Joshi wanted to contribute to the solution to the problem of inadequate medical care in India. As a result, she sailed to New York and applied to the Woman’s Medical College of Pennsylvania in 1883. In her application, she had stated, the purpose of her education was, “to render to my poor suffering country women the true medical aid they so sadly stand in need of.”

Joshi returned to India after earning her degree in 1885. In just a few years, she was diagnosed with tuberculosis and died from it at the age of 21. Before Joshi’s death, Kadambini Ganguly became the first woman to receive a medical degree in India. A professor at the University of Edinburgh in the 1860s objected to Sophia Jex-Blake’s application for medical school stating that women have low intellects and stamina. However, Jex-Blake and six other women sought admission to the school despite this blatant rejection.Together, this group of women were referred to as the Edinburg Seven.

The Edinburgh Seven faced numerous challenges. Around 200 male students petitioned against allowing women to enroll in the school, and university professors refused to teach female students.

Hundreds of male students rioted in 1870 to stop the Edinburgh Seven from taking an anatomy exam. As a result, the university refused to grant any degree to the women. While five of the seven Edinburgh seven moved abroad to earn their medical degrees, they continued to fight for women’s rights in medicine. Following the death of her father in 1838, Elizabeth Blackwell decided to study medicine, resulting in her becoming the first woman in America to receive a medical degree.

At the time, U.S. medical schools refused to admit women, and the one college that accepted Blackwell sent her acceptance letter as a joke. Still, Blackwell persisted. Once enrolled in medical school, she was made to sit apart from her male peers, and instructors often banned her from attending labs.

Despite these setbacks, Blackwell managed to graduate at the top of her class in 1849. With gender discrimination limiting her career opportunities, Blackwell opened her own clinic in New York and later founded a medical college that admitted women. Gerty Cori made history in 1947 as the first woman to win the Nobel Prize in physiology or medicine. Born in Prague, Cori emigrated to the U.S. after completing a doctorate in medicine. She became a professor of biochemistry at Washington University in St. Louis, where she conducted research alongside her husband, Carl, a professor in the medical school.

Together, the Coris researched how the human body processed sugar. Their research spanned areas like insulin production, blood glucose concentration, and hormones.

As a woman, Cori faced many hurdles in her academic career. Most universities refused to hire her, and when Washington University recruited Carl to run its pharmacology department, it offered Cori a research position at a fraction of her husband’s salary.

Hildegard of Bingen was a 12th-century nun and specialist in holistic medicine known for writing about philosophy, theology, and music. She also wrote several medical texts. In her view, treating diseases requires an understanding of their causes. Some of Hildegard’s remedies drew upon herbal treatments and remedies designed to encourage balance within the body.

Hildegard’s cures were tested again recently to determine whether they worked. A study of 85 plants recommended by Hildegard revealed a strong correlation between her treatments and those used today. As a nurse in the early 19th century, Florence Nightingale made a significant impact on how hospitals were designed.

Nightingale led a team of female nurses who treated injured British soldiers during the Crimean War. At first, male doctors disregarded nurses’ help, believing that their own method was superior. However, she insisted on new sanitation policies that focused on individual soldiers. As a result, the death rate at the military hospital dropped from 40% to just 2%.

Nightingale carried that wartime experience back to Britain in response to which the monarch transformed hospitals across the country.

The Cost of Studying MBBS in Russia- An Expense or Investment?