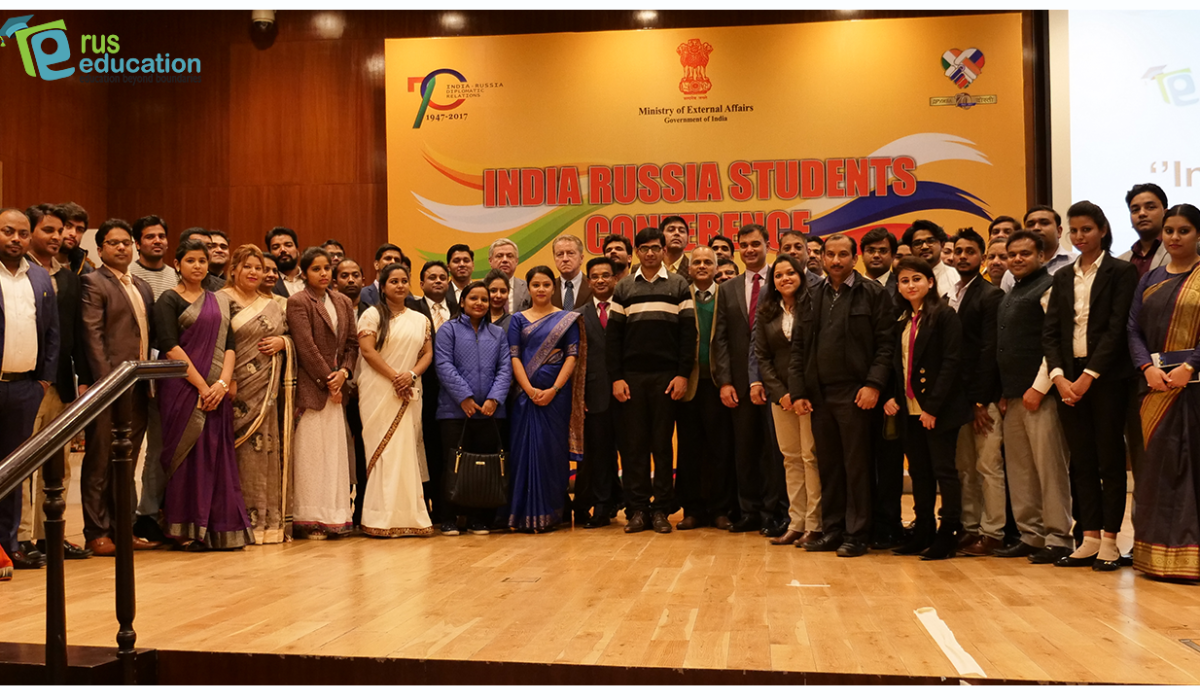 On 18th December 2017, India Russia Students Conference was jointly organized by the Ministry of External Affairs, Government of India in association with Rus Education at Pravasi Bhartiya Kendra, New Delhi. The event was held to mark the Celebration of 70 years of Diplomatic Relations between India and Russia. The conference was basically aimed at providing guidance about studies to students of India and Russia.

The event was not just meant to celebrate but also engage in a serious discussion about how the relations between the countries can be made better in the coming time. For the same, the ceremony was graced by some prominent dignitaries from India and Russia connected via video conferencing. The speakers from both nations spoke about the cordial relations between the two countries and also addressed the problems faced by Indian students who were present among the audience. The speakers also addressed the main issues which, if resolved, would promote educational cooperation between India and Russia.

The conference was held simultaneously in India and Russia using web conferencing technology that enabled interaction among distinguished speakers and an enthusiast audience of thousands from both the nations connected through Video Conference. The cities of New Delhi & Chennai in India and Perm, Kazan, Oryol, Volgograd, Stavropol, Makhachkala & Ulyanovsk in Russia were interconnected during this conference.

Through Video Conference. The cities of New Delhi & Chennai in India and Perm, Kazan, Oryol, Volgograd, Stavropol, Makhachkala & Ulyanovsk in Russia were interconnected during this conference.