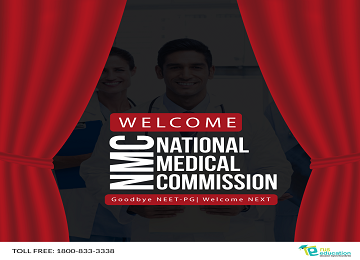 On Monday, 29th July 2019, The Lok Sabha gave the green signal to the contentious National Medical Commission (NMC) Bill, calling it one of the biggest reforms in the sector of medical education in the country.

As per the Bill, NMC will replace the Medical Council of India, which was dissolved in 2010 due to the corruption charges put by the Central Bureau of Investigation against MCI president, Ketan Desai.

Harsh Vardhan, Union Minister of Health and Family Welfare moved the bill in the Lok Sabha on Monday i.e. 29th July 2019. As informed by Harsh Vardhan, the actual concern over the NMC bill was approved by the Union Cabinet earlier this month.

The Bill will be responsible for approving and assessing medical colleges, conducting common MBBS entrance and exit examinations, and will regulate course fees. According to the Bill, there will be a common final year MBBS exam which will be known as the National Exit Test (NEXT). This exam will be treated as the entrance exam for Indian medical students who are interested in seeking admission for postgraduate medical courses and will also allow Indian medical students to get a license to practice medicine in India. This exam will also be considered as the screening test for Foreign Medical Graduates. NMC will also be responsible for regulating fee and all other charges for 50% of the seats in private medical colleges and deemed universities.

The main objective of introducing NMC Bill over MCI is to ensure and restore the utmost standard of integrity in medical education.