Tamil Nadu To Scrape Off NEET Exam From Next Year Onwards? 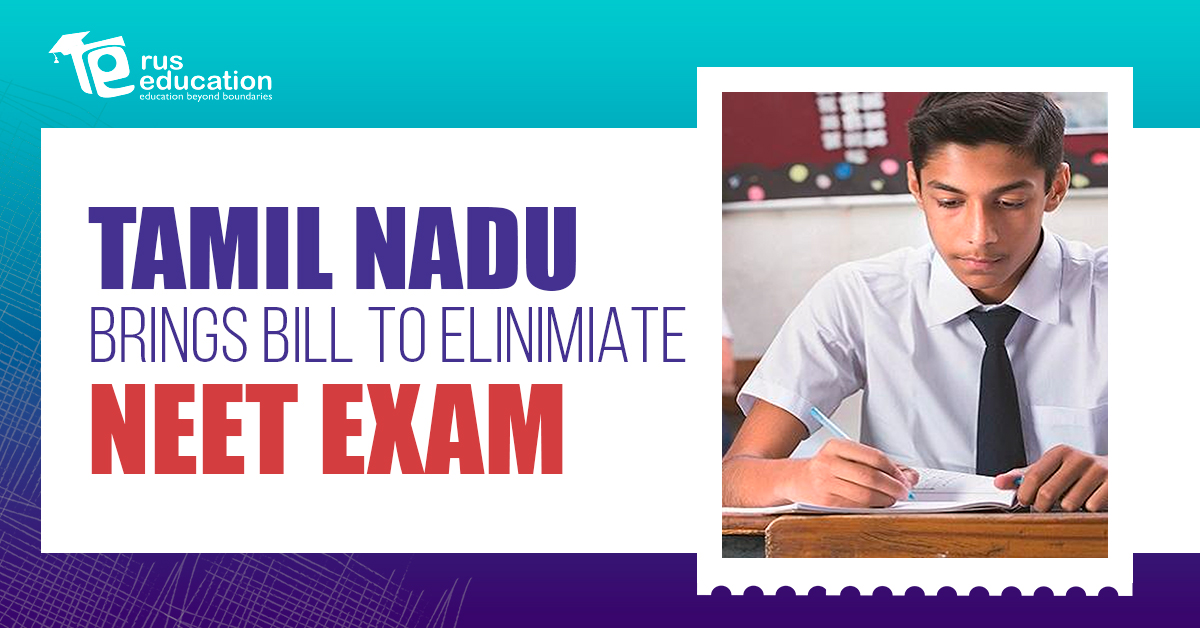 As part of its effort to “ensure social justice”, the Tamil Nadu Assembly on Monday approved a bill abolishing the National Entrance component Eligibility Test (NEET). When Chief Minister M K Stalin tabled the Bill in the state Assembly, it had the support of nearly all other parties, including the leading opposition party and its ally.

The bill was introduced based on the recommendations of the report submitted in July by the high-level committee led by retired judge AK Rajan.The retired Madras High Court Judge has said to prepare the report after looking into around 86,000 representations from various stakeholders with the majority favouring No NEET.

The bill now requires the approval from the current president of India to make it in practice. The decision came following the day of the suicide of 20 yrs old boy in Salem, hours before the exam due to the stress.

The provisions of Permanent Exemption Bill for NEET in Tamil Nadu includes:

# The Permanent Exemption Bill for NEET exempts medical aspirants in Tamil Nadu from taking NEET examination for admission to UG degree courses in Indian medicine, dentistry and homeopathy. It seeks to provide admission to such courses on the basis of marks obtained in the qualifying examination, through “Normalisation methods”.

# The aim of the Bill is to ensure “social justice, uphold equality and equal opportunity, protect all vulnerable student communities from being discriminated against”, the government said.

# The Bill seeks to bring vulnerable student communities to the “mainstream of medical and dental education and in turn ensure a robust public health care across the state, particularly the rural areas”.

# The Bill opposes NEET because it “undermined the diverse societal representation in MBBS and higher medical studies, favouring mainly the affordable and affluent sections of the society and thwarting the dreams of underprivileged social groups”, it said.

# NEET is not a fair or equitable method of admission since it favoured the rich and elite sections of society, the preamble of the Bill to override NEET said.

# The preamble added that the high-level committee making a detailed study on NEET concluded that if it continued for a few more years, the health care system of Tamil Nadu would be severely affected and there may not be enough doctors for Primary Health Centres or state-run hospitals and that the rural and urban poor may not be able to pursue medical courses.

# Admissions to medical courses are traceable to entry 25 of List III, Schedule VII of the Constitution and therefore the state legislature is competent to regulate the same, the Statement of Objects and Reasons (SoOAR) of the Bill.