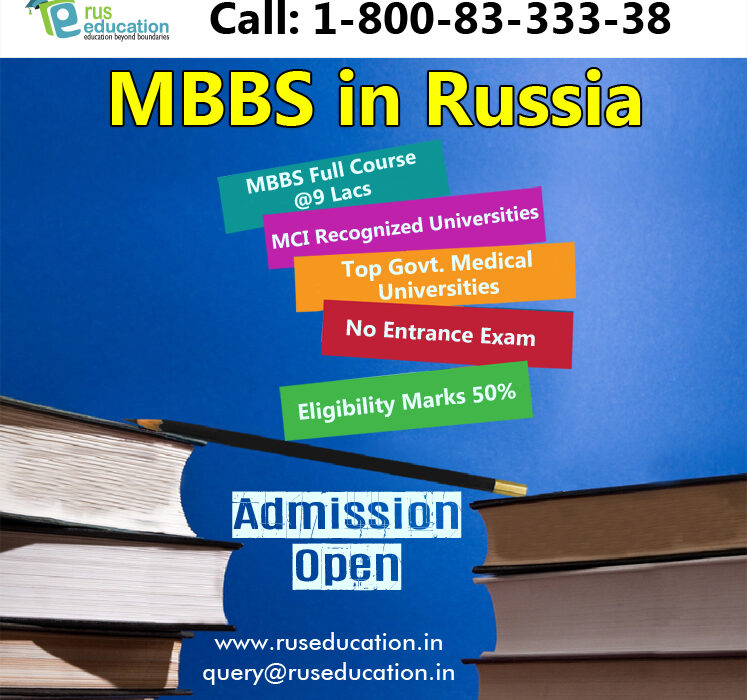 Studying MBBS in a different county is a big decision to make which involves a lot of planning. Now the question comes why should students choose any other country other than India to pursue MBBS & why not complete it in their own country.

There is only one doctor per 1700 citizens in India; the World Health Organization (WHO) stipulates a minimum ratio of 1:1,000. While the Union Health Ministry figures claim that there are about 6 to 6.5 lakh doctors available.

India has a lot of shortages of doctors, there are limited seats in the Govt colleges or Institutions. Private Institutions ask for a heft amount of donations to the students which are impossible to pay & not everyone can afford to study in U.S.A, UK or any other European nations, so what all options are available for Indian Students to fulfill their dream of becoming a doctor & serve the nation.

There are many Eastern European & Asian countries like Russia, China, the Philippines, Kyrgyzstan which has been an alternative location to pursue MBBS, however, Russia has always been a favorite for Indian Students, mainly because of the diplomatic ties which both countries share with each other.

In the ’90s, Russia used to be a favorite destination for MBBS courses especially Indian students, who used to travel there in large numbers, their teaching methods & curriculum are at par with any western countries, however, after the implementation of MCI( screening test) in 2004, the number of students going for MBBS Courses in Russia declined drastically. Now it has again started picking up, as the Russian Govt is giving subsidies to International Students. Around 4,500 Indian students are studying in Russia, of whom 80% are all medical students.

Language can be a hindrance in Russia, as most of the people do not speak English, but MBBS courses in Russia are taught in English Medium, moreover, Universities provide basic Russian speaking courses which makes the life of the student on the social aspect as well & in the final year, they are able to communicate with their patients.

Some of the universities provide MCI coaching as well which is extremely important for Indian Students so that they can work in India.

Overall, Russia is definitely a good place to pursue MBBS course, because of the international standards set by its Universities.

Why you should not buy MBBS seat in India by donation?

Why should you go for Medicine in Ukraine?