Medical Industry in India is Struggling – Here’s Why! 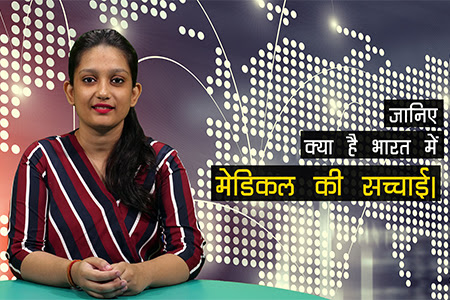 With several debates surrounding the recent updates in the Indian medical industry, one first must understand the basic statistics of the industry.

What is the medical industry of India like? There are so many factors that come into account when one assesses an entire industry of a country.

A Country with a population of 1.3 Billion

India is home to a population of 1,368,529,051 people (1.3 Billion) which accounts for over 17.71% of the total world population! A population of that strength requires a robust medical industry to ensure all-around development of the population, and not just one that focuses on the economics of the country.

But are the people getting what they deserve? Is our medical industry at par with the growing demands of the evolving population?

Statistics and Recommendation by the World Health Organization

According to the World Health Organization (WHO), there is a need for a minimum of 44.4 doctors per 10,000. But the statistics of the healthcare providers in India are way below the minimum threshold set by the WHO at 22.8 doctors per 10,000!

If we look at the various categories of healthcare providers in India existing at the moment, we find that there are 7 different categories namely –

But here comes the big problem!

While 795 thousand have cleared the exam, a majority of them fail to get admission in an MBBS course the same year! Why? There are only 70,978 MBBS seats in India. Of these 70,978 seats, 35,688 are in government-run colleges, while the remaining are in private universities and colleges. That means less than 10% of people who clear the test get admission the same year! What about the rest?

The medical education in our country is sadly facing several setbacks as the number of people who want to pursue a degree in medicine are too many but the real avenues for them to complete the education are close to negligible. Over 90% of the NEET-clearing population is left every year with difficult decisions to make. While many decide to make several attempts year after year to get admission, many others are forced to drop their dreams of becoming a doctor.

Another concerning factor is the expenditure that almost 50% of those who get admission in MBBS is forced to face due to them securing a seat in private medical colleges. That brings down the medical education in our country greatly to a standstill with the fact being ‘if you can’t afford it, you can’t make it. The lack of awareness and information about other available options makes matters worse as there is no one to guide the students in the right direction.

We are talking about pursuing MBBS from abroad. When I say abroad, I know many of you must have gasped thinking about the exorbitant expenses that you may have to face. But did you know, pursuing MBBS from several other countries is cheaper than most private colleges in India? Not just the cost of education, but even if you include the cost of living in those countries, you would still end up spending lesser than what some private colleges in India charge. The only problem here is a lack of knowledge! Let’s discuss it further with an example?

Let’s talk about Russia for example.

Pursuing MBBS in Russia would typically cost a student around USD 30,000 including their fees, and living expenses. Going by the USD rate, even if we add a few dollars for miscellaneous expenses, one would expect the complete 6-year MBBS course to complete within INR 22-23 lakhs. But if you compare it with the fees of a private college in India, you would be surprised to know that it is cheaper by over 30-40% in Russia!

This is one of the most important points that a major part of students appearing for NEET are not aware of. As a result, there miss out on crucial years and at times even their dream to become a doctor. Rus Education is an organization that is aiming to help all those students by guiding them in the right direction. With specialized counseling sessions and transparent associations, Rus Education has been helping Indian students fulfill their MBBS dreams for over 25 years now.