How Does MBBS in Russia Help in 21st Century Skill Development? 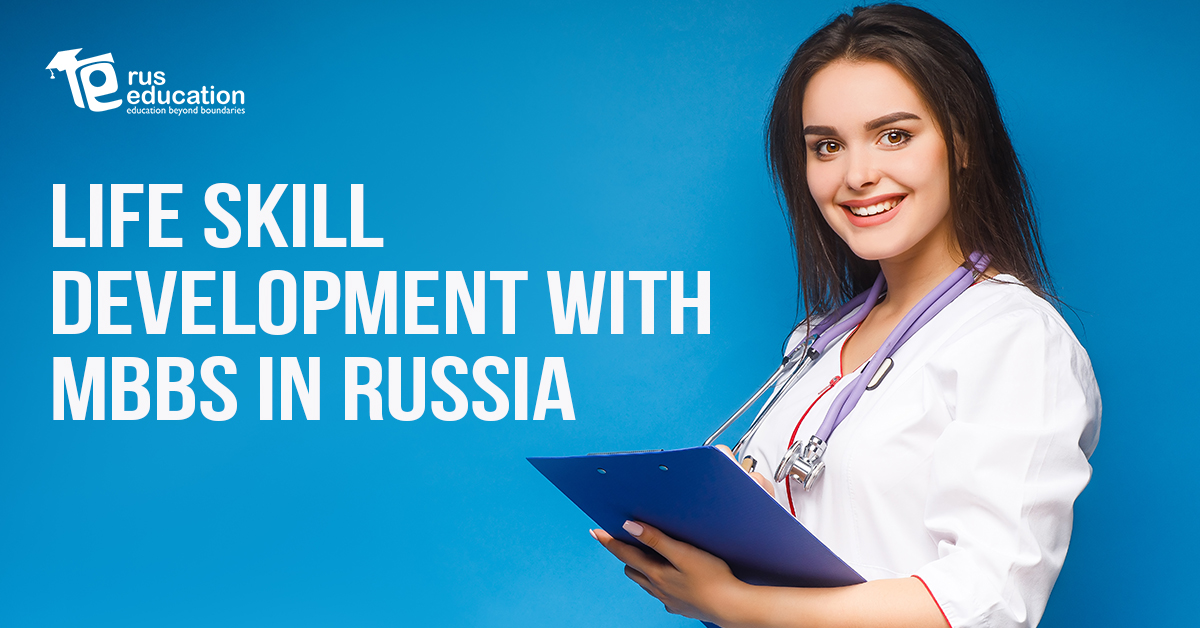 The needs of time have changed time and again. With every passing year and decades, there is a new set of demands in terms of skills and qualities which get into the race of the demand of society. Those having these skills and qualities are not only believed to have an edge for employment, but also for a successful living in the dynamic world of the 21st century.

It is a well-established fact that education, particularly the higher education system, has the responsibility of preparing the youth to not only tackle the present-day obstacles but also that of the future. For medical education abroad, one of the many attributes of the education system of countries like Russia is the emphasis on facilitating the development of the 21st century among the students.

What are 21st Century Skills?

21st Century Skills can be defined as a broad set of knowledge, skills, work habits, and character traits that are critical to success in contemporary society, particularly for collegiate programs, careers, and workplaces. Though there is no definite number of the skills deemed under this category as the general belief goes the entire set can is divided into 3 broad categories namely thinking skills like critical thinking, creative thinking, logical thinking, scientific thinking, problem-solving, etc, literacy skills like ICT literacy, media literacy, etc and life skills like flexibility, leadership, initiative, productivity, social skills, etc.

How does studying at the top medical university of Russia feature the development of 21st-century skills among the learners?

Russia is a popular destination among students and is globally renowned for its education system. One of the features of the country’s education system is its emphasis on developing the character of the student as well as preparing them for their future. The curriculum of MBBS in Russia is planned in such a way that the skills like Communication, creative thinking, decision making, problem-solving, and many other skills are either facilitated among the students directly or indirectly.

Let’s have a look at some of these 21st-century skills and how do the top medical universities of Russia help in its acquisition and its perfection among its student community:

Communication is one of the most important skills today as it is the key to overcoming all uncertainties. Strong communication skills are helpful in all aspects of life – from the professional world to the personal world and everything in between. Communication skills enable you and others to comprehend information more accurately and quickly. The skill becomes crucial to ace for the medical students as the professions regularly interact with the locals to comprehend the concerns and at times read between the lines.

In contrast to popular belief, communication plays a crucial role during the medical study in Russia. During the entire course of 6 years of MBBS in Russia, students get to interact with the locals, encourage them to discuss their queries among their peers, and always ask their doubts with the teachers and mentors. All these seemingly regular activities promote the development of communication as a skill among the students.

Critical thinking often includes the ability to think clearly, rationally, logically, and raise the right question. As a 21st century skill, it is mainly responsible for bringing in change and improvement in already existing procedures and encouraging reflection of the self and surroundings.

The entire curriculum of MBBS in Russia aims to promote critical thinking among the students and encourage them to reason the observations, therefore giving them the motivation to enhance their research and interpretation skills as well.

Another essential skill of the 21st century is that of problem-solving after identifying it (critical thinking). Individuals with effective problem-solving skills are happier, more confident, and more independent.

During their MBBS in Russia, the students are instigated from time to time to think out-of-the-box without compromising the ethics and regulations. This empowers the students to discover, explore and establish perspectives.

Creativity is often associated with a talent or something a person is born with, however, creative thinking is one of the overlooked but crucial aspects of the 21st century. In brief, it can be defined as getting the best of what is available without compromising the quality of the result.

When studying MBBS in Russia, some of the top medical universities of Russia give ample opportunity to the students in the form of cultural activities, events, and even academics to imagine and innovate.

Decision-making is one of the skills that actually help in building up a strong personality. An indecisive person is usually under-confident. As a 21st century skill, decision-making gains importance as it enables the individual to make a choice and own it.

One of the common observations, many have made regarding the students who have studied abroad, is the standing-out confidence and charisma. This is also the direct result of decisive skills. During their MBBS in Russia, the students are provided with ample opportunities and simulated situations, sometimes directly or indirectly, to encourage the decision-making skills, crucial to have in the profession of medicine.

As the conceptualization of global interaction at a large scale is gaining a more concrete form, the collaborations and cooperations at various stages in various industries have emerged to be necessary skills.

MBBS in Russia course structure takes upon an indirect approach for equipping the students with collaboration and cooperative skills. The students are often indulged in various academic and cultural exchange programs as well as abundant research practices. The students are encouraged to interact and associate with the global fraternity. Even in the classrooms, the concepts such as that of group/peer tutoring, projects, discussion, activities, reports, etc involve the participation of the students thus assisting in enhancing the collaborative & cooperative skills.

One of the major highlights of the 21st century is the idea of globalization. One can simply not be isolated in one’s own domain. What is required is to constantly update and evolve oneself with the world and its needs. Therefore global awareness is not just a skill but rather a necessity.

The top medical universities of Russia are often known to provide exposure to the students as one of the many advantages of studying MBBS in Russia. With the use of the most advanced practices in transacting learning and access to the upcoming trends and research from across the globe. Medical education in Russia surely features in making its students aware of their surroundings.

As you interact, so shall you grow. The statement stands true in the requirement of the present time. The ability to analyze and understand something without cultural bias is called multicultural literacy. Furthermore, it is the ability to accept different perspectives in order to make a more compassionate judgment about any situation.

In countries like Russia which are known for their affordable and versed educational practices, one can easily find the students of various cultures and countries blending in their universities. Russia alone is a common choice among students of 20+ countries for their MBBS abroad. Indian students studying MBBS in Russia get to experience, interact and discover attributes of different global cultures.

The above mentioned are some of the many 21st-century skills facilitated to the students during their MBBS in Russia. As Russia is one of the top choices of Indian students for their MBBS abroad due to its reputation and feasibility, it is important to note that it is not just the quality education provided in the top medical universities of Russia, but they also prepare the learner for their future in more than one ways.