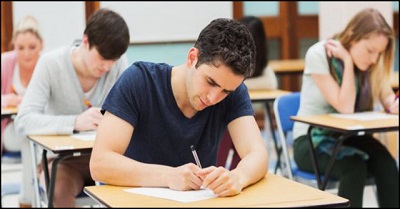 It is believed that there are only 60,000 seats for MBBS in India. But now the biggest question arises – How can someone who ranked 4 lakhs or even more in NEET Examination get admission even if he/she is qualified? Although this seems to be an impossible situation with all the colleges and institutions the private colleges make it possible by charging high fees. Because of this, the poor performers get easily admitted to these colleges. On the other hand, the meritorious students forego seats and had to suffer.

Let’s take an example of Punjab colleges for admissions – 8 colleges are under the Baba Farid University of Health Sciences, 3 Government-run and 4 private ones, and a private University.

The aspirants with the highest NEET scores amidst those admitted into the private University had fewer marks than the last aspirant to the General category in each of the government colleges. In India, the fees for the MBBS course in private university is Rs. 64 lakhs whereas Rs. 4 lakhs in the government colleges. Even though the data for all states was unavailable, the same pattern had been seen in Tamil Nadu, too.

As a matter of fact, the candidates who got admitted into the government quota of the private colleges had the best marks compared to the other students. However, it has been observed that private Universities have students with much lower marks acquiring admission. The tuition fees for the government quota in private colleges are settled at Rs. 4 lakhs for the MBBS course compared to about a crore in that of private Universities. Consider this figure to get a better sense of how extravagant fees are lowering the norms of intake in medical institutions and colleges.

Provided that every 60,000-odd seats of MBBS were in government institutions where the fees structure is not exorbitant, the last position to get admission would have been the lowest in the run of 80,000 in spite of one-third of the top 60,000 ranks left out for different reasons. It is believed that in 2017, the 80,000th rank in NEET Examination had a score of 399 out of 720 (55.4%) with a percentile score of around 92.6. 1:3 is the ideal seat student ratio which is recommended by the experts. This range had fixed the percentile cut-off so that around 1.8 lakh candidates qualify.

“Things have become much better with NEET, which stopped the completely unregulated MBBS admissions happening earlier. But to ensure that only meritorious students get in, the fees of these teaching shops that pass off as colleges have to be regulated so that students who perform poorly don’t use money power to defeat poor or middle-class students who have scored much better. The government also needs to open more medical colleges,” said Dr. Raj Bahadur, Vice-Chancellor of Baba Farid University of Health Sciences.

Jawaharlal Shanmugam who had filed a public interest petition inquiring about the fee regulation in all medical colleges in Madras High Court revealed that when NEET Examination was brought in, various private colleges raised their tuition fees to offset the loss of capitation fees. “Thus they ensured that meritorious students without money would never get admission. The tuition fee is fixed arbitrarily to cater to only rich or super-rich students. How can the government allow this when the Supreme Court had made NEET mandatory for even private colleges and deemed universities to ensure that medical admissions are merit-based?” asked Shanmugam.

Myths And Facts About Studying Abroad